Julia Bishop examines some of the myriad ways in which children have adapted their touch chase games of Tag during the COVID-19 pandemic, and considers the possible significances of this process. 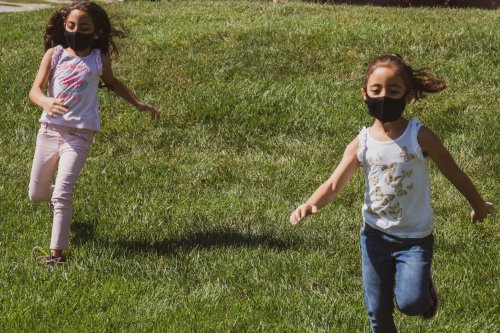 In late February and early March 2020, amid reports of the inexorable spread of the novel coronavirus to countries around the globe, adults began to notice that children were playing a touch chase game which mentioned the virus. Coronavirus Tag, as it was often called, had emerged. Some were shocked to discover that news of the pandemic had filtered into children’s play, while others saw it as a healthy sign of coping.

Tag – also known as Tig, Ticky, Dobby, He, It, and a host of other names– is a running around game in which one or more people chase the rest of the group and try to catch them by touching them. A popular and probably universal game among children the world over, it is also one that can be easily and quickly adapted into a multitude of variants.

Judging from over a hundred comments on Twitter, and contributions to surveys of ‘pandemic play’, including our own at the Play Observatory, this is exactly what has happened during the pandemic, on an international scale. This map shows places where we have reports of the game so far: 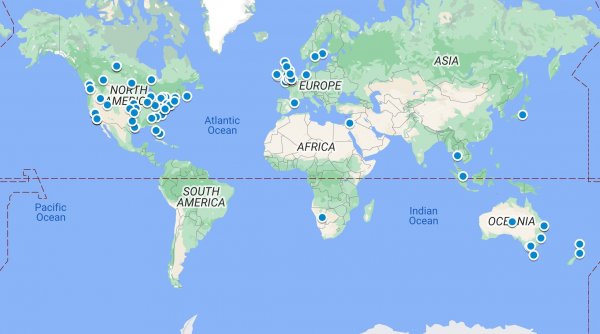 The basic tag game has become a mini-drama in which the chaser is seen as the coronavirus, or as someone infected with it, the players becoming or catching it in turn when tagged, sometimes to the shout of ‘corona’, or ‘corona kiss’, or ‘you’ve got coronavirus’, when caught. There are even reports of the person chasing being called the ‘superspreader’ (Germany) or a ‘carrier’ in the game’s terminology. Thus children found ways to adopt and play with the new vocabulary that has so rapidly gained ground among adults.

The rules of Coronavirus Tag (aka Covid Tiggy, Pandemic Tag, Tag Coronavirus Edition and more) are little different from earlier touch chase games. Players can get rid of the virus by ‘tagging it off’ to someone else. More commonly, those who are tigged also become, or catch, coronavirus and join the chaser in catching others, as in Infection Tag (Tiggy Infected, Help Chase, Virus, Infectious Disease, etc.), a game already widespread before COVID-19 and currently having a new lease of life as well.

Coronavirus Tag has also continued to evolve, children overlaying and adapting elements of existing tag games with multimodal refinements which relate to, and respond to, the pandemic. You can avoid being caught by getting to the ‘vaccine house’ (a hut) within five seconds, for example, or ‘wearing a mask’ (sleeve placed over face). Tagged players may have to ‘quarantine’ (remain rooted to the spot), a new name for the ‘freeze’ in the coronavirus version of Freeze Tag (Frozen Tiggy, Stuck in the Mud). Players can sometimes release those tagged, as in the rule ‘you have to lie down until the nurse comes to revive you’. Spatial isolation, already a feature of the game Cops and Robbers in the form of the jail, has also been re-cast, such as when those caught ‘go on a cruise with a load of other kids to be isolated’.

Substitutes for touching using the hand are also a longstanding aspect of the game. Not surprisingly, social distancing measures have resulted in a resurgence of forms like Shadow Tag, in which the players tag one another’s shadows, and Ball (or Stick) Tag (aka Tiggy Ball, Dodge Ball, Ball He, Stick Touch). A parent from Halifax, UK, reported this ingenious variant:

[My children] were on the trampoline playing ‘Dodge the Virus’. The game would commence by Theo batting a sensory ball that loosely resembles the virus pictures we see everywhere, onto the trampoline. I heard Theo tell Emmeline that the use of a cricket bat to release the ball was representing the spread of the virus from a bat.

The two of them would then jump on the trampoline, dodging the ball. If the ball hit them once, they would ‘self isolate’ at the edge of the trampoline, counting to 10. This could happen 3 times, but once the ball hit you a fourth time, dramatic coughing would begin, then they would fall over and ‘die.’ This game was played on and off for two weeks, but I have not seen it since. (Quoted in Beresin, 2020)

The trend for elbow bumping in place of a handshake which caught on rapidly in March 2020 provided further inspiration for the game. but there are other solutions, such as ‘you run after each other, and when you get a metre away, you clap, and then that person is it’.

However, some children are avoiding touch chase games altogether, as too risky or for fear of breaking social distancing rules, and there have been reports of schools and parents banning these kinds of games. In the past, it has also been the case that when the touch is linked to a disease or unpleasant characteristic, such as the cooties, fleas, or germs, the game can be used to target individuals. There have likewise been reports of elements in Coronavirus Tag being used to stigmatise certain children, such as those of East Asian appearance.

As well as being fun and energetic, then, Coronavirus Tag games have the potential to be therapeutic - defusing anxiety around the pandemic through playful re-contextualisation, representation and linguistic proficiency, for example - and socially divisive - through power dynamics and discrimination. The nuances and the dynamics of the game as it is actually played are important.

Here at the Play Observatory, we’re keen to know more about tiggy/tag games in the pandemic, especially from children themselves. How has the pandemic affected this and other playground games? Please join our online survey and let us know more!